I’m still working feverishly on getting the third public playtest of Hexingtide out by the end of the year (a few days left to do!).

As part of that, I’m looking for specific feedback from those who have playtested the game!

I introduced the three dice attributes – the Perils of Danger, Hardship, and Isolation – to do two things:

However, intuiting the differences between Danger, Hardship, and Isolation has been a consistent issue. I’m concerned it may be a bit too hipster-ish, – even with additional clarification provided.

🌶️ MY QUESTION and spicy idea:

What if I condense the three Perils into a single die value that measure’s a character’s non-humanity? D6 and D8 are closer to the teeming masses, while the D10 and D12 represent the strange and alien.

I think this approach has five clear benefits:

An example: Hellboy would be up there as a d10 or d12, while his BPRD human minders – even with strange gifts themselves – would more likely be at a d6.

What do you think? Message me on the usual platforms (Facebook, Twitter, Mastadon, DIscord) and let me know! 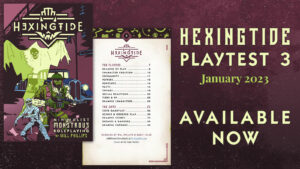 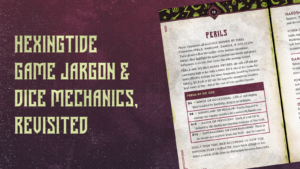 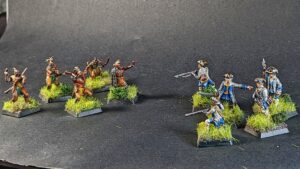